What is Enzyme Activation Energy

For an introduction to the subject of Enzyma, you can now watch the appropriate tutorial video!

So that enzymes can perform their function, the substance to be converted (substrate) is bound to a specific point on the enzyme, the so-called active center, via intermolecular interactions. An enzyme-substrate complex is created. The substrate is then converted and the reaction product is then released from the enzyme again. This makes the enzyme available for new substrate conversions.

Enzymes are not only substrate-specific, but also effect-specific. This means that a substrate that is bound to an enzyme can only be converted in a very specific way. Another enzyme can convert the substrate in a different way.

The enzyme activity describes how many substrate molecules an enzyme converts per minute. This depends on various factors such as substrate concentration, temperature and pH value.

Our partner Die Merkhilfe has created an educational video to match the enzyme activity! Check it out now!

The enzyme activity depends on the substrate concentration. 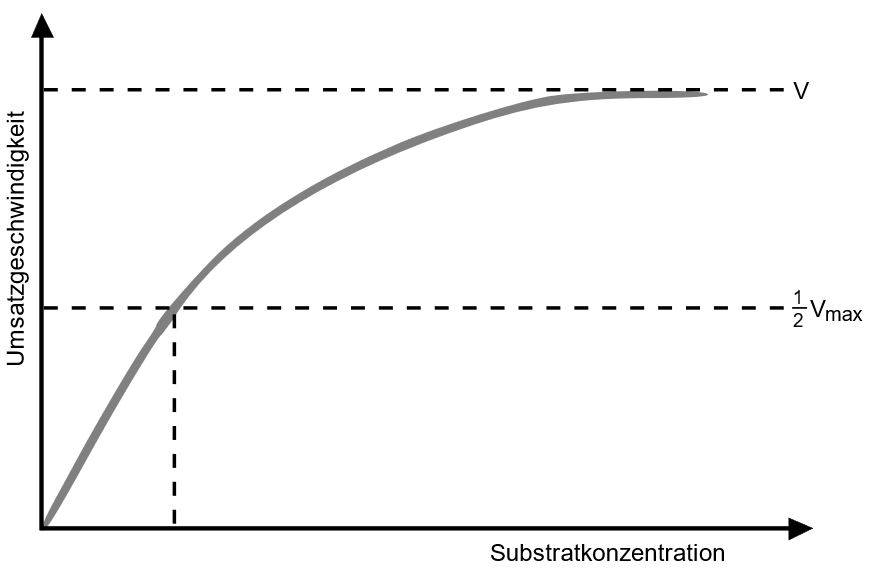 Effect of temperature on enzyme activity

The influence of pH on enzyme activity

Another factor influencing enzyme activity is the pH value. Each enzyme has a pH at which it is most active. This pH value is the optimum pH of an enzyme. This is because proteins contain different groups that are protonated or deprotonated when the pH changes. This means that intermolecular interactions can be eliminated or additional interactions arise, which leads to a change in the tertiary structure.

Influence of inhibitors on enzyme activity

Inhibitors are substances that reduce enzyme activity and thus inhibit the functioning of enzymes. There are different inhibitors with different modes of action.

The following tutorial explains how enzymes are inhibited!

Inhibitors that cause non-competitive inhibition bear no resemblance to the substrate. They are therefore reversibly bound not at the active site but at another point on the enzyme. This place is called the allosteric center. Binding to the allosteric center changes the spatial structure of the enzyme, which means that the substrate can no longer be bound to the active center.
In contrast to competitive inhibition, this type of inhibition cannot be canceled by increasing the substrate concentration. 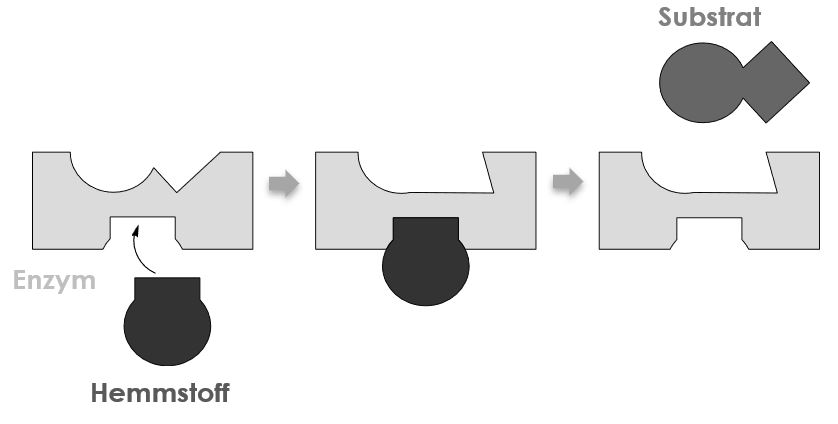 The enzyme activity can also be inhibited by heavy metal ions (mercury, lead, copper ions, ...). The heavy metal ions can be irreversibly bound to the side groups (amino, sulfide, carboxy group, ...). This changes the intermolecular interactions and thus also the tertiary structure, which means that the substrate can no longer be bound to the enzyme.