What are internships at Thapar University 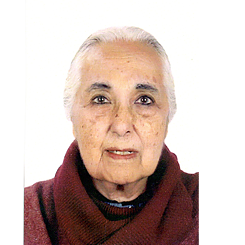 I never would have thought that what I considered to be my normal life would one day be put to the test so acutely. So much so that I would have to ask myself what I actually meant by normal life. I belong to a generation that assumes that profound turning points in our everyday life can be analyzed, recorded and, if necessary, even stopped. In this way the knowledge and thought processes served a meaningful purpose and could be directed towards the protection of human life. It would be different if powerful people consciously brought about these turning points in people's lives. But if a majority in society rejects such people, their striving could be stopped. Today I wonder why we were so naive. Who would be allowed to recognize a decisive turning point and make it public? The Chinese doctor who wanted to warn the world about the virus was silenced. Yet few speak of what he recognized. That it should hit one of these so-called super-modern cities like Wuhan is also surprising. The photos from Wuhan reminded me of the science fiction depictions of cities of the future. But even in the world of science fiction, such a virus, which spreads a deadly disease, could not be brought under control. At one point I wondered if this was some kind of biological warfare. A virus that is secretly released in a small part of the world so that the disease it causes can reliably spread around the world. Viruses know no borders.

Epidemics have not occurred too often in the past few centuries. The Asian literature contains less evidence of devastating epidemics than the European one. In Europe, the plague epidemic, the Black Death, triggered the greatest possible catastrophe in the 14th century. Some claim that the origin of the plague lay in Central Asia or China and that it continued its journey along the Silk Road - possibly with the Mongol armies on their conquest expeditions to Europe and on the ships of the Genoese traders doing business with the East. Strangely enough, it did not spread in Central Asia, but it did so very quickly in Europe and then spread throughout the Islamic world. It would be an irony of history if the Silk Roads, which brought so much economic prosperity, had also brought such a devastating disaster to the richer actors in those economies. Back then, travel and communication were time consuming and open to only a few people, and yet the disease could rage over large areas.

This had many consequences. Half of Europe's population was wiped out, and it particularly hit those who lived in inhumane conditions in the densely populated urban areas. Other diseases spread. The death of close relatives had a serious impact on family life. Economic upheavals occurred in many countries, and economic stability could only be restored after several decades. Religious fanaticism, astrology and superstitions of all kinds increased. There were attacks against individual sections of the population - for example against the Jews, who were branded as guilty. There were also some subtle stories like the one from the anthology The decameron from Boccaccio. The creators of these stories were people who had fled the plague-ridden Florence into self-isolation. In a way, it all seems very familiar and déjà-vu.

In our globalized world, in which humanity is growing ever closer, it can be assumed that a disease will spread quickly and across borders. Globalization meant that societies for the benefit of each other became closer bonds, so closely that one of the worst diseases could easily take the world by storm and cause our economies to collapse. Wasn't globalization aimed at improving living standards, eradicating poverty, ensuring health care and education for all, and ensuring human rights and social justice? What happened? Can we hold on to globalization in the future? Our hopes crumble to ashes every day and we prepare for the destruction of the world.

When it's all over, will there still be enough thoughtful people to start over? And what will they start with? What areas will you focus on? Will they be able to rebuild what we wanted - ethical societies raised to be human. Or will the devourers of these norms, who have been so active in recent history because we let them, continue to blackmail us and prevent us from rethinking the social order according to our ideas. Will our fear of the invisible and our uncertainty about what may happen tomorrow ever completely pass?

The current crisis is only associated with the epidemic. We are concerned with how we can protect ourselves from it. That’s legitimate. But this crisis is not just about the epidemic. We are also dealing with a crisis when it comes to how people deal with extreme situations. This will become more apparent with each new day as the lifting of the curfew is a long way off. The curfew poses many problems for which there are no solutions. For people with wages and regular incomes, the closure of jobs will only result in noticeable losses. However, those who depend on a daily income will run out of money to buy something to eat. How many hundreds of people will be without food. And are hunger riots necessary to get them something to eat? Where will these revolts take place - in the urban slums, in the congested city centers, on the streets where migrant workers are desperately trying to return to their villages on foot to avoid starvation? A food shortage could result in famine and black market food trade. All those who have an income will survive this as well. Everyone else will go under.

Millions of people around the world will be without work, and all those economies that cannot break themselves out of the depression will collapse. All people with an income will want normality, but normality without paid work will no longer exist. Politicians will use curfews as a political solution to safeguard their power, even if that power is not worthy of safeguarding. Various excesses of totalitarianism will experience their heyday. Songs about society only sing of suffering.

What can normality look like? To do this, the survivors have to relearn what constitutes a dignified death - no matter under what terrible conditions. Let's not hope too many people die to be buried in individual graves. If we strive to live with dignity, we must also care to die with dignity. The crisis has brought us to a crossroads where we have to question our beliefs that led us to believe that we would lead better and better lives. In reality, we lived our lives hopelessly on the edge. Normality will only come about when we choose another life. Globalization will be a thing of the past. The main goal will be the independence of countries, possibly even communities, that can fend for themselves. This presupposes a comprehensive decentralization of knowledge, services, communication and life plans. We will have to ask ourselves whether the supposed security of digital communication and contacts is not in reality an illusion. There will have to be a return to personal contacts. Perhaps global solidarity must first be dissolved and the way must be cleared for local solidarity.

The calls for more social distancing are getting louder and louder. Paradoxically, some societies like Indian have built in social distancing through the caste system. Will this situation get worse? The use of technology and anonymous machines in human activities will increase and we will become more dependent on artificial intelligence. It will hardly be about people themselves anymore.

The Covid-19 virus will of course not go away, but it will be contained gradually over decades and will then be one of many other diseases that are spreading in this world. From time to time it will show its ugly face. Will we realize that this pandemic is a historic turning point that is in fact forcing us to scrutinize our ideas about human civilization, both as an expression of humanity and in its relationships with the earth we live on? And shouldn't we, in the course of these considerations, develop the claim to make human nature more human?

Romila Thapar is Professor Emeritus of History at Jawaharlal Nehru University in New Delhi, where she was Professor of Ancient Indian History from 1970 to 1991. She was General President of the Indian History Congress in 1983 and is a Fellow of the British Academy Honorary Doctorate at the Universities of Calcutta, Oxford and Chicago.

Do you have any questions about this article? Write us!