If a band has played a key role in determining and developing Grindcore, then besides Napalm Death it is definitely Carcass. The first demo attempts start in 1985 with Bill Steer (g, Ex-Napalm Death), Ken Owen (dr), Jeff Walker (b, Ex-Electro Hippies) and a guy named Sanjiv who gasps into the micro. But it crumbles again very quickly, and since Ken starts studying, Carcass are put on hold again for the time being. Bill records the legendary "Scum" disc with Napalm Death and then calls Jeff and Ken back together. In 1987 they were noisy again as a trio, and Jeff shared the job behind the micro with Bill. 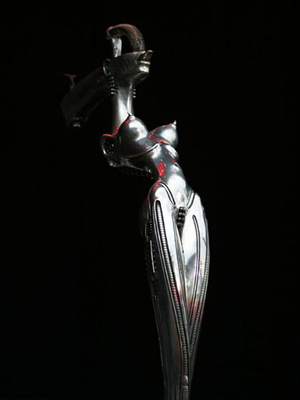 In July '88 the very legendary, but still terrible debut "Reek Of Putrefaction" appears, which has long been a coveted collector's item with the original cover, on which countless body parts are depicted. John Peel, who had already promoted Napalm Death, does one of his well-known peel sessions with the boys, names the disc album of the year, and also in the Kerrang! hit them powerfully. The album "Symphonies Of Sickness", released a year later, is actually a first-class Grindcore album and continues the tradition of splatter covers. But since the trio is getting better and better at their instruments and they want to continue to live their musical lives, they get Michael Amott (ex-Carnage, now with Arch Enemy), a second guitarist in the band. In addition, Carcass slaughter lyrically never bluntly, but go to work so profoundly and pathologically that as a doctor or biologist you can really enjoy the lyrics.

How big the further development is can be heard on "Necroticism - Descanting The Insalubrious". In the meantime, the exact lyrics of the band have become a trademark that is nowadays copied by countless other bands. Meanwhile, Jeff is almost entirely responsible for the vocals and does this job extremely well. The songs themselves have also undergone a significant change to more technical Death Metal, but are still unique. The same goes for the EP "Tools Of Trade", which was released in '92. But already on their next output "Heartworks" Carcass are bored with their splatter lyric and prefer to bicker about everyday problems like war, religion or technology. "Heartworks" is the last album with Michael Amott, who clears his place for former roadie Mike Hickey.

But that only stays for the tour, so Carlo Regadas plays the second guitar on "Swansong". The disc is not bad either, but too predictable by Carcass standards. Even before the album is in stores, Bill leaves the band, and Jeff, Ken and Carlo decide to leave the matter alone. With "Wake Up And Smell The ... Carcass" another CD will be released posthumously, which should not only be of interest to fans, as it contains previously unreleased pieces from the Swansong sessions, various B-side and sampler songs, radio - Recordings from the peel sessions as well as the two previously released EPs. 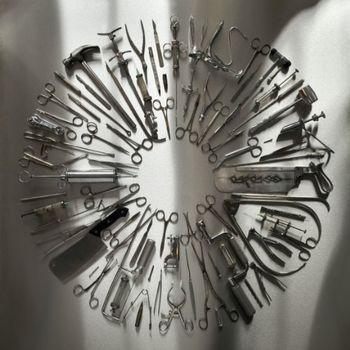 While Michael Amott initially devotes himself to completely different musical sounds (Spiritual Beggars), Walker, Owen and Regadas continue with Black Star, but they can't tear anything with it. In 1999, Ken suffered a severe cerebral haemorrhage and barely escaped death. However, he woke up after a ten-month coma and has been on the mend ever since. The '99 release of "Choice Cuts" has been postponed and will be released in May 2004 with the creative support of the drummer.

In 2004, Jeff Walker is back in a very surprising way. First he can be seen with the grindcore band To Seperate Flesh From The Bones (consists of some Amorphis and HIM members). With them he is in the studio for the debut album "Utopica Sadistica". Then he gives the audience a shock at a HIM Halloween show. And in January 2005 he is on a show by Napalm Death at their CD presentation of "The Code Is Red ... Long Live The Code".

In 2006 he released the solo album "Jeff Walker And Die Flüffers: Welcome To Carcass Cuntry", which caused a surprise in the scene. Then he devotes himself to an idiosyncratic version of country and blues and covers Johnny Cash, Hank Williams and others - all with a good helping of metal riffs. If you are wondering who the Flüffers are, please be told that there are some prominent comrades on the record who are hiding behind the name. In addition to the old bandmates Bill Steer and Ken Owen, almost all Amorphis members, Faith No Mores Billy Goulde and Ville Valo are also there.

In an interview in June of that year, Jeff talks about the possibility of a Carcass reunion. Whether Steer would be there is not sure. A little later it turns out: Steer is participating. And not only he, but also Michael Amott, now full-time at Arch Enemy. Ken Owen, on the other hand, has to pass because he can no longer play the old drum parts after his brain hemorrhage in 1999. For him, Daniel Erlandsson takes a seat on the stool behind the shooting gallery.

With this line-up, the band happily toured festivals for a number of years. In 2013, what no one expected: Carcass release "Surgical Steel", their sixth regular studio album. Amott and Erlandsson have since left the band, but the new drummer Daniel Wilding is drumming everything into the ground. Carcass are back in business.