What's your angry song and why

German rock? Identity skirt? Right skirt? Anger rock? German bands such as Hämatom, Goitzsche Front, Frei.Wild, the Böhsen Onkelz and Eisbrecher have been dominating the album charts for months. Is this the new soundtrack of concerned citizens? 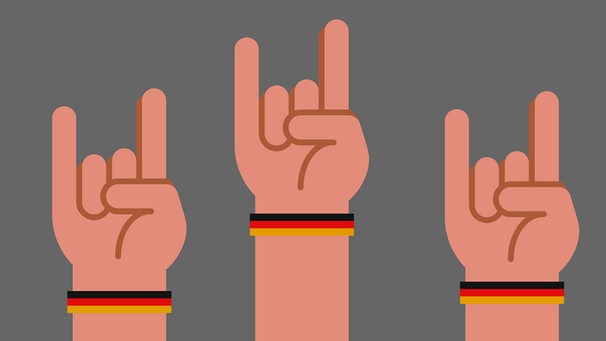 Spectacularly destroy what breaks you: The Pegida marches in Dresden and the riots of the G20 protest in Hamburg 2017 spark an escalation of the signs - the gallows for "Mutti Merkel" and the "Welcome-To-Hell" banners are established a new language of violence, a rhetoric of the brutal. This symbolic armament has long since reached the German pop mainstream.

In the last few months bands like Hämatom, Eisbrecher, the Goitzsche Front and Haudegen have topped the German album charts. Whether they describe themselves as "left", "right" or "apolitical" - they all describe a diffuse discomfort with the zeitgeist, a dissatisfaction with the present. Her lyrics are aggressive and angry about a country on the verge of extinction. The next album by the South Tyrolean provocateurs Frei.Wild, who are currently the most successful representatives of the new, concerned German rock, is now being released amid great media excitement with "Rivalen und Rebellen".

Frei.Wild - Those who don't know will believe everything

As heirs to the Böhse Onkelz, many of these bands appear as the last guardians of the Grail of an uncomfortable truth. Even the "Onkelz" around singer Kevin Russell and guitarist Stephan Weidner presented themselves as public enemy number 1 in the early nineties, today Frei.Wild and other groups radicalize these slogans. Close to the lying press discourse and that-one-will-probably-still-be-allowed-to-say-rumble, they speak out as saviors of freedom of expression what everyone would think anyway:

"There is only their opinion and they only think in black and white
You determine what is good and what is bad
You are what I give a shit
They judge people, whole peoples should hate each other
Just in order not to let a story rest that still brings money.
I shit on do-gooders, moralists
Self-proclaimed, they are always right
The superman of the millennium
I hate them like the plague. "

You can rely on the apocalypse: With war metaphors and martial images, for example, the "Goitzsche Front" from Bitterfeld (support act for the upcoming Frei.Wild tour) conjures up a day X, a doomed scenario - of which, of course, nobody knows when and if it occurs. A fear of the future, a discomfort about what is to come, is omnipresent. And yet it is never specifically mentioned by name. 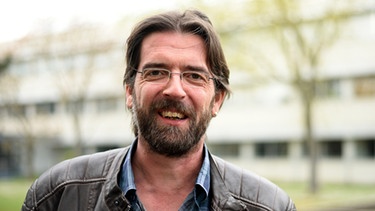 The musicologist and German rock researcher Thorsten Hindrichs from the University of Mainz has been dealing with this phenomenon for many years. He follows the "new German rock scene" closely. For him this is a well-known stylistic device:

"This is the us-versus-them construction. It occurs in many variants in these texts: We, the common people, the people from the street, the people against the 'up there'. But this is not an invention of this new one The most new thing is that they are doing it so consistently and across the board. It is sometimes difficult to say who 'they are up there'. In Frei.Wild, for example, it is 'do-gooders and moral apostles' and 'government bands', in other cases it is 'the media', 'the system press', 'the lying press' or 'academics' who do not quite meet the image of the 'simple people from below'. "

It is often not at all clear who or what we have to be careful of, from whom the danger originates - and that is exactly the trick: Anyone who is dissatisfied with the world around them can find themselves here. This is what makes the Goitzsche Front so successful.

"Wolves roam the country because the country is going to the dogs.
Too many maggots in the bacon, too much salt in the wound.
The others are always to blame for your situation.
That you're in the shit is the fair reward. "

Even if bands like the Goitzsche Front and Haudegen clearly and believably distance themselves from the law, the mechanism is the same: there are enemies out there who want us bad and who are just waiting to strike. The Franconian metal band "Hämatom" therefore calls for a fight against it. Whatever that means:

"Why, why, why, why,
Aren't you pulling your head out of the dirt?
Left, right, left, right,
Bend down and shut your mouth
Left, right, left, right,
The bellows are waiting in front.
Rope off your neck, you look painful
The ground falls from an anchor, last chance get up now!
A day on lame soles, a day between your fingers
Heal yourself, heal now, put the ashes on your head.
Wipe it away, wipe it away, get rid of the dirt
And off, and off, do it here, do it now! "

The goth-romantic variant is provided by Eisbrecher (singer Alexander Wesselsky has already worked with Frei.Wild and members of the Böhsen Onkelz). Her album "Sturmfahrt" was number 1 in the German album charts last summer:

Rock music with Elvis hip swing and flower power has long stood for the liberation of youth from post-war bourgeoisie and was the soundtrack of a liberal revolution in the 1960s. In the meantime, it has spread to all parts of society. That is why constructs such as "people" or "home" and patriarchal concepts of living together have a place there today. Thorsten Hindrichs from the University of Mainz speaks of "archaic role models":

"Certain rather backward-looking role clichés prevail in the new German rock scene. That means: When it comes to women, there are only two variants: saints or whores. The new German rock scene lives very much from clichés, it propagates women as a place of longing, women as the maternal, the woman who waits for the hero at home. "

The blueprint is actually very simple, but works brilliantly: role clichés, love of home, we-feeling, the "up there", we "down there" - the songs of the Goitzschen Front also live from this.

"I always had fun in life,
always held the flag high
Because we have the hottest women
Concerts anyway.
Then we'll have a drink and the evening will be long
We drink to home and start over
The east rocks, our home
Yes here we are born
The east rocks, our lifeblood,
We lost to you. "

Provocation is a pretty grateful tool in the battle for public attention. The language of German rock has intensified in recent years: Everything and everyone is actually threatened, everything could fall - Germany, an apocalyptic battle zone. Something is going wrong, something feels unfair: The world is just too complicated to name those responsible. This is how all-purpose protest songs for home use are created.