People swim on the ISS

Tomorrow the space freighter Cygnus is to dock with the International Space Station ISS. Around 3,400 kg of supplies and scientific experiments are on board the private space shuttle. Alexander Gerst, who is leaving for the ISS in two weeks, will also research whether swimming can be done in weightlessness. 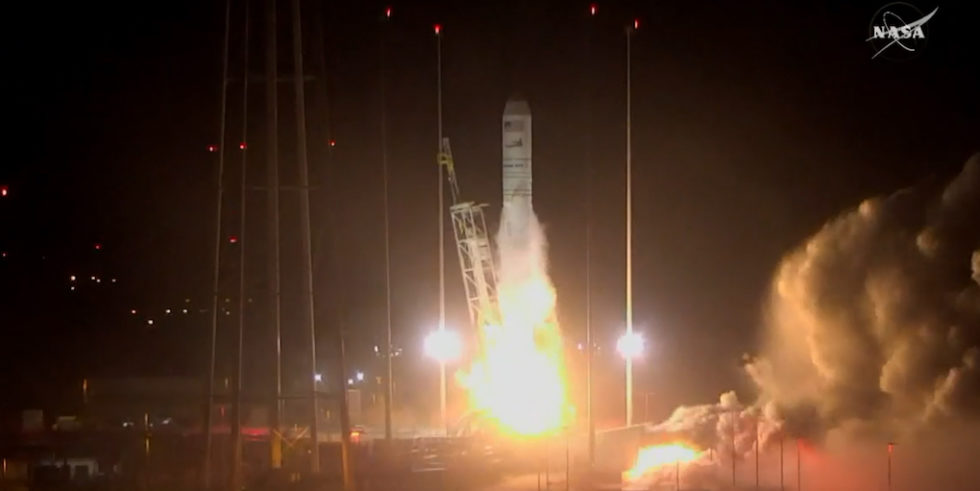 Experiments for the Horizons mission to the ISS started on board an Antares rocket on May 21, 2018 at 10:44 a.m. Central European Summer Time from Wallops Island in a Cygnus transporter.

While the German astronaut Alexander Gerst and his two colleagues Serena Auñón-Chancellor and Sergej Prokopjew are preparing in Baikonur for their launch on June 6, 2018, NASA is bringing important cargo upstairs with the space freighter Cygnus. The transporter took off from Wallops Island in the US state of Virginia one day late due to bad weather and is scheduled to hit the space station on Thursday, May 24, 2018. Scott Tingle, Ricky Arnold and Drew Feustel currently hold the position there. After they have captured Cygnus with the robotic arm of the ISS, the freighter is docked to the Unity module with the help of the ground crew. He should stay there until mid-July.

Cygnus later takes the trash with him

Then Cygnus, who has now started with an Antares rocket, is loaded with garbage from the space station and brought back. When entering the earth's atmosphere, the freighter burns up together with the garbage. But first of all, Cygnus brings 3,350 kg of important cargo onto the ISS, including clothing and food as well as numerous scientific experiments.

The MarconISSta experiment, which analyzes the utilization of radio frequencies around the world, comes from scientists at the Institute for Aerospace at the TU Berlin. These frequencies are required to control satellites or to download their data. However, the utilization of some frequency bands is already so high that radio traffic is increasingly disrupted. For the measurements, the experiment uses the ARISS antenna on the space station, which was installed there in October 2007. The scientists not only want to use the data to determine which frequencies are actually in use, but also to identify possible sources of interference.

Commercial use with the Ice Cube service

Cygnus is also bringing the Ice Cube Facility to the ISS - the European attempt at commercial use of the space station. With the so-called "Ice Cubes", companies can rent space including the astronautical support in order to carry out experiments in weightlessness on the ISS. This happens in modular boxes the size of a microwave, which are pushed into compartments in the Columbus laboratory and connected there to the power supply and monitoring. The data is sent to Earth via the ISS infrastructure.

For two experiments, however, Alexander Gerst will manage entirely without any material sent from Earth. Via the “Sendung mit der Maus” program, Gerst and the German Aerospace Center (DLR) called on young viewers to submit their suggestions for experiments. Of the many exciting experimental questions, the following should now be answered: Is it possible to fly an air-powered mini-rocket on the ISS? One of the plastic syringes that astronauts use for experiments is used as a rocket. This is filled with a crushed effervescent tablet and water, so that fizz is formed and gas pressure builds up. If this pressure is high enough, the rocket can start. As an additional mini-experiment, Alexander Gerst wants to test whether you can move forward with swimming movements in weightlessness.

In addition to new experiments, Cygnus is also bringing spare parts or supplies for ongoing test series on the ISS. This includes, for example, the MagVector / MFX experiment, which investigates the interactions between the earth's magnetic field and a variable electrical conductor. 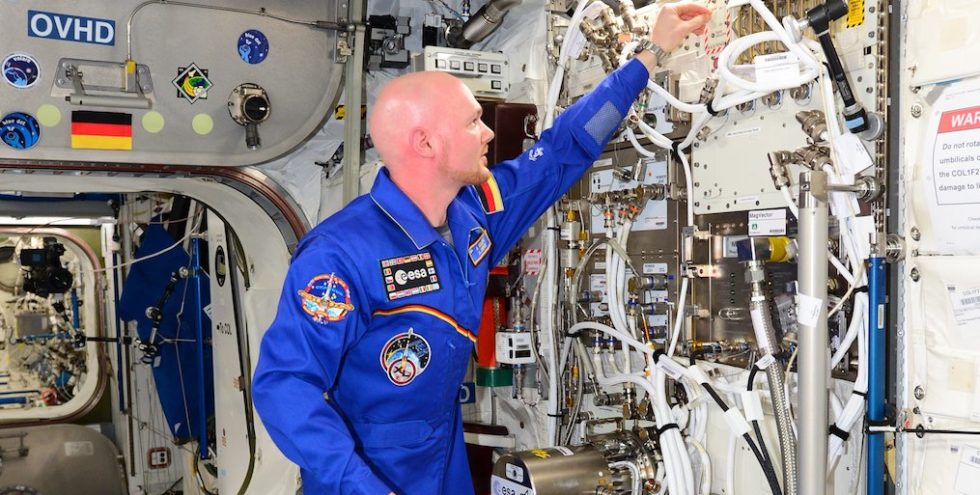 The German ESA astronaut Alexander Gerst was on duty on the International Space Station ISS from May 28 to November 10, 2014 for the “Blue Dot” mission. During the 165-day mission, he was involved in 100 different experiments by the ISS partners. Here in the picture he switches on the ESA experiments EML and MagVektor / MFX in the Columbus laboratory.

The system has been running in the Columbus laboratory on the ISS since 2014. Now there will be new material samples such as pieces of meteorite from Europe and the MagVector will thus become a planet simulator. With it, the scientists can model celestial bodies and their effects when flying through the solar magnetic field.

Upgrade for the electromagnetic levitator

The EML, the electromagnetic levitator, is also an old acquaintance on the ISS. Alexander Gerst successfully installed it on his first mission in 2014. With the EML, metallic samples are kept in suspension so that they do not come into contact with other materials, and their properties are examined. These unique conditions enable highly precise investigations into the liquid state and solidification of metals. With the upgrade that has now been sent to the ISS, which includes replacement components for the electronics and a software update, the high-speed camera from EML should be used more efficiently and thus enable up to five times more experiment runs in the same time in the future.