One day we will breed with robots

The household robot should actually recognize the doll and offer her a glass of water. Instead, the device rolls past the figure as if it were air. Such and similar failures can be observed regularly at one of the many competitions in which soccer, salvage and household robots compete against each other every year. What is intended as a performance show regularly ends as a breakdown parade. 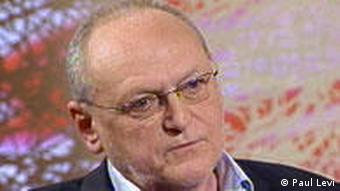 Complex software as a problem

Robotic software programmers cannot think of every situation that might arise in a household or during a football game. Where people - depending on the situation - can creatively decide what the right behavior is, robots depend on what the computer scientists have programmed into their software. It remains uncertain whether they first correctly recognize the typical gaming or household situations and whether they then draw the right conclusions from them and react appropriately.

All of this requires an extremely complex coordination effort from the hardware and software. It is important to coordinate external perception, your own movement sequences and a correct understanding of the situation. Because software developers regularly reach their limits here, the computer scientist Paul Levi from the University of Stuttgart is relying on a completely new strategy to improve the performance of robots: the principles of evolution.

Evolution as a solution

He explains his approach using the example of a robot that is supposed to search for cheese. If his survival depends on getting a good smell of his food source, Levi says, he would have to pay less attention to the information from his camera or temperature meter than he would to his odor sensor. 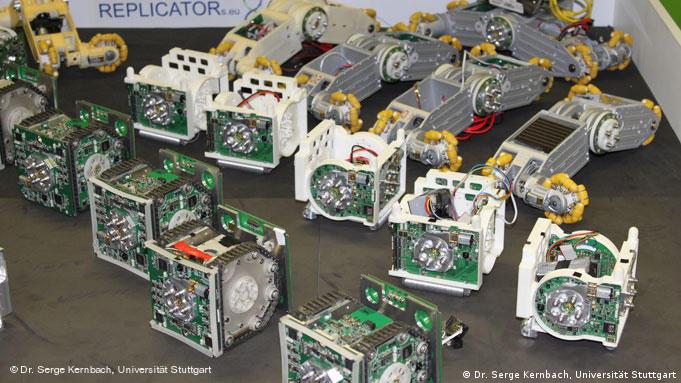 As part of the EU research project "Replicator", in which Levi's Institute is involved, the principle of evolution is transferred to robotics as follows: Populations of up to a hundred robots are given a task like searching for cheese. While in biology those genes prevail that do this job best, in robots it is the software. Because just as genes vary in nature, the software of each individual robot also has individual differences. In this way, some software variants are created that are more successful than others, e.g. because they react more strongly to the odor sensor than to the camera. 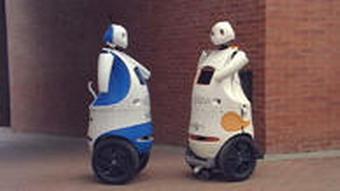 The researchers then "pair" robots that find cheese particularly quickly with other, equally successful robots. Some researchers refer to this as "sex". But in the case of robots, says Levi, the term sex has a less charged meaning, since it is just an exchange of information, or more precisely a program of exchange.

In the software generation process, the large number of parental program sections that coordinate the movement sequences or perception are mixed up like in a card game. The program sections are then individually assigned to the robot children. But as different as these mixtures are, what the new generation of robots has in common is that - just like their parents - they tend to perceive their environment more strongly with the odor sensor.

The process of procreation, which reassembles the parental program sections, imitates nature in another respect as well: Occasionally, it inserts small mutations, i.e. properties that were neither inherent in the mother nor the father. 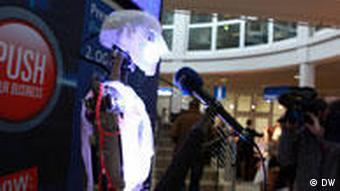 Arbitrary mutations make it easier to adapt to new situations

This can create individual robots that, for example, react unexpectedly strongly to the heat sensor. This could unexpectedly turn out to be sensible if the food source changed its properties and, in addition to odor, also gave off heat. Given the corresponding environmental influences, such random and initially inconspicuous mutations can become the starting point for surprising developments without the need for a consciously planning engineer. It was only through this evolutionary strategy, which consciously accepts the possibility of mutation failing, that the creativity of evolutionary history became possible, says Paul Levi.

This principle worked not only in nature, but also with robots. After just five generations, i.e. the five times mixing and passing on particularly successful program variants, the robots' search performance increased significantly. Then maybe the glass of water could also reach the doll.