Will the United India Rally prevent the Modi wave?

Careful handling of the truth

In December 2014, the Truth Commission IVD (Instance Vérité et Dignité) was set up in Tunisia as an independent institution to accompany the transition phase to a democratic constitutional state. It is about exposing atrocities, holding those responsible to account and rehabilitating people who were imprisoned, ill-treated or tortured during the dictatorship. As immense as the task is, the practical work of the Commission is just as difficult. Internal disputes, resistance from political opponents and personal hostility are often more in the focus of the public than the content.
Klaudia Pape is a project manager for media training in Tunisia and is part of a team of consultants and trainers at DW Akademie, which has been coaching and advising IVD members in a project funded by the Federal Foreign Office since the beginning of 2016.

What significance does the IVD have for Tunisians?
Klaudia Pape: The IVD's task is enormous - especially since it is always a question of whether Tunisia will actually manage the transition to democracy and the rule of law. The victims of the dictatorship expect justice and reparation - not just in a material sense. Above all, they want their suffering recognized, their dignity restored and a piece of Tunisian history brought to light. That is why the Commission is in the spotlight and many expectations are attached to it. We support the members in this task. 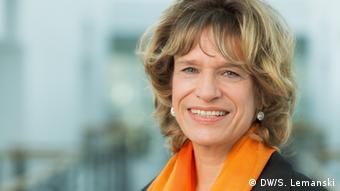 What exactly does this accompaniment include?
We offer training and advice, from the classic appearance in front of the camera to the development of a communication strategy. We advise the members, for example, on how to go public with one body - with clear messages that are supported by the entire commission. We work with them to deal professionally with inquiries from the press and the civilian population and to optimize processes.

Trust is a crucial point - how can it be built, in your opinion?
Continuity is an important factor and that is a problem with IVD: Frequent new appointments and inconsistent communication stand in the way of building trust. In order for the IVD to move forward, it needs acceptance and support. This, in turn, can be achieved if it presents itself with uniform, clear messages in order to convey its task, which is so important for Tunisia, in an understandable manner to the public. The importance of communication becomes very clear here.

Can you describe the relationship between the press and the public in relation to the IVD?

The IVD has to overcome many obstacles. There are circles in politics and business that have absolutely no interest in the atrocities of the past being exposed. And unfortunately the Tunisian media have focused more on issues such as internal disputes. So that at IVD press meetings it is often more about the difficulties than about coming to terms with the past and reconciliation in the present. Public opinion is also badly affected. 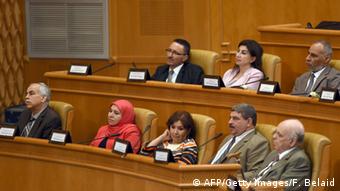 What advice do you have to prevent precisely this loss of friction?
We advise the Commission, for example, to clarify any internal differences of opinion quickly and to put them out of the way so that they do not overshadow the actual project. We also advise her to actively place her own topics, to schedule press appointments herself, to send press releases, to write statements and thus to put her work on the agenda. This has been achieved over and over again in the past few weeks: recently, for example, the IVD organized panel discussions at a book fair in which the stories of the victims were extensively discussed.

The work of the IVD was mandated for four years, two are now over. What has been achieved, what remains to be done?
The IVD has now recorded over 62,000 dossiers: all victims of the dictatorship were called upon to come forward and describe the injustice that was done to them. The IVD could only reach large parts of the country through mobile offices. Staff have traveled across the country to introduce the Commission and encourage citizens to submit their cases. Many were very hesitant, especially women. They are particularly afraid of talking about rape and torture. That they talked, that they were listened to and that they were taken seriously - that is an important step. But of course it is also about the victims being compensated financially. Now the public hearings are coming up soon. The members of the IVD say: in order to build a democracy, the Tunisians have to know how the dictatorship worked. So that it never happens again.