Is Liverpool a country

Liverpool is a town in Merseyside, England known for music, sports and nightlife. The harbor district has been a UNESCO World Heritage Site since 2004.

Liverpool is a city with a great cultural heritage and has been awarded the title "European Capital of Culture 2008". Liverpool is home to the Royal Liverpool Philharmonic Orchestra and is also famous for being the birthplace of a large number of well-known musicians. These include The Beatles, Gerry & the Pacemakers and for some time Atomic kitten. The city has most of the country's museums outside of London. It has a fascinating and eventful history as a major world maritime center. That is why Liverpool is also home to the oldest Chinatown Europe. 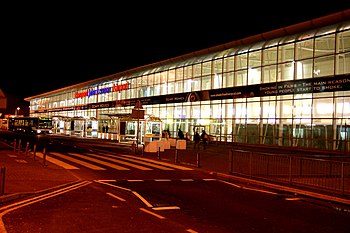 (IATA: LPL) handles around 100 flights a day from the UK and mainland Europe. It is particularly well catered for with low-cost airlines such as easyJet. It offers easyJet direct flights from the German-speaking area, namely from Berlin, Geneva, Innsbruck and Salzburg.

The airport is in the suburb Speke, about 8 miles (13 km) south of the city center. There is a taxi rank and bus stops just outside the arrivals level. Taxis to the city center cost around £ 8 for the 20 minute journey.

Several bus lines run from the airport directly to the city center:

The following local buses cost around £ 1.50 to go to the city center (£ 1 for students) and although the journey is a bit longer, you will see a lot of the southern part of the city and you might meet some real Liverpool residents.

Although John Lennon Airport is better for Liverpool, nearby Manchester Airport offers a wider choice of destinations and is only a short train ride from Liverpool (see next section).

The station Liverpool Lime Street is in the heart of the city center. Trains arrive frequently. They come from all over the UK.

Liverpool is only about two and a half hours by train from London - there is a train about every hour - and it's not very expensive. You can buy a saver ticket on the day of travel for around £ 52 or the low £ 22 if you book a few weeks in advance.

There is a direct train from every hour during rush hour (around 6:30 a.m. - 7:30 p.m.) Manchester Airport to Liverpool. It is also possible to reach Liverpool by staying at Manchester Piccadilly or at Manchester-Oxford-Road changes.

On the street [edit]

With the ship [edit] 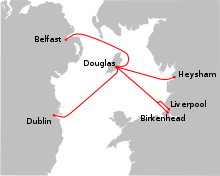 Liverpool city center is small enough to walk around, but taxis are plentiful if you don't feel like walking. Buses leave the city center regularly from the transfer stations Paradise Street (mainly towards the south) and Queen Square (mainly north / east). There are travel centers in both bus stations with helpful staff to help you decide which bus and platform to choose. There you can too Saveaway, solo and trio-Buy bus tickets. The Saveaway-Ticket is a good choice for the tourist, it costs £ 2.40 for unlimited travel outside the main travel time for one day in "Area C" (this includes the city center, west to Huyton, north to Bootle and south up Garston). Saveaway-Tickets, which are valid for all areas, can be purchased for around £ 1 more. You can go through the whole Mersey-Drive to travel area ideal for visiting the Wirral Peninsula or Southport. trio-Tickets (train, bus and ferry) and solo-Tickets (only for the bus) require a photo, but can also be used during the main travel season. They can be purchased for a week, a month or a year, ideal for visitors who stay or work longer and therefore need more flexible journeys. A trio- One week ticket costs around £ 12 for one area, one solo-Ticket for an area roughly the same.

Liverpool rail service is pretty reliable these days (it was once nicknamed by commuters Miseryrail (Elendsbahn) awarded). The main train stations in the city center are Central, Lime Street and Moorfields. Lime Street is the terminus of many national and local lines City-Line to Manchester. Moorfields is directly with the Dale Street, ideal for Liverpool's business center and Central is commonly used by shoppers and tourists. The local trains run very often between Hunts Cross, Kirkby, Ormskirk and Southport. On the Northern Line every 15 minutes during the day and every 30 minutes at night. Central Station is the main station of the Northern Line, although the Loop (the loop) connects the three main train stations in the city center. The Wirral line forms the connection between the Lime Street, Moorfields and Central, so all these stations have the function of a connection point between the City-Line, the Northern Line and the Wirral line. 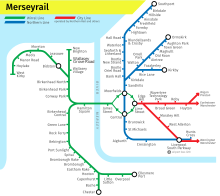 A new train station in the south of Liverpool replaced the old ones Garston and Allerton in June 2006. This connects the Northern Line and the City-Line and is ideal for the airport. It also functions as a junction point for a number of local bus routes. Bus fares in Liverpool seem to be increasing all the time, but you can expect to pay around £ 1.50 for a 3 or 4 mile trip. Some buses are from Merseytravel subsidized. For example buses that go early in the morning and buses to hospitals. The maximum fare will then be around £ 0.80. If you plan to travel a lot, prepaid ID is much better value for money.

The architecture in Liverpool is particularly worth seeing. It was neglected and 'went down the drain' for a long time, but these days much of the city center is in pretty good shine. The area of ​​the harbor district, which stretches from Albert Dock to Pier Head and Stanley Dock, has been a UNESCO World Heritage Site since 2004. Since 2012, however, the site has been on the World Heritage List in Danger due to a new construction project that would destroy the appearance of the district.